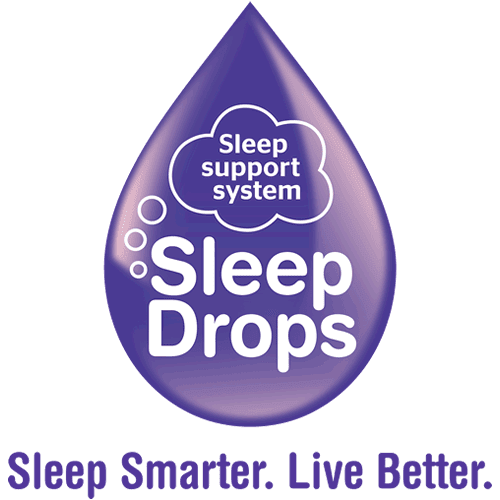 Kirsten Taylor has taken her SleepDrops business from garage start-up to million-dollar international player in just four years – and not a sleepless night in the process.

You’d think it would be safe to assume that Kirsten Taylor has a history of insomnia. Why else would this naturopath-turned-sleep-expert be so passionate about helping people get a good night’s sleep without resorting to medication? The truth is her interest in the subject was the result of two factors.

The first took place around 12 years ago. Her newborn son, whom she breast-fed, had virtually no sleep for the first two years. Turns out he had an allergy to dairy. It also meant that, until breast milk was off the menu, Kirsten got to experience severe sleep deprivation first hand.
The second, and primary reason sleep support became her life’s mission was the many patient clients she treated at her naturopathic clinic who were experiencing sleep issues for any number of reasons, ranging from GFC-induced stress to allergies.

Kirsten had a herbal dispensary and began formulating sleep remedies on the spot. She found that by helping people sleep better the healing process for their ailments happened a whole lot quicker. Before long a sleep tonic became a standard component of most treatments.

Through client feedback, Kirsten tweaked her formulation over five years until she had perfected a ’secret recipe’ that worked for everybody. And it was only when she began taking the formula herself that she truly realised what she had in her hands.

Now she calls SleepDrops a ‘cheap life insurance policy’ “because [sleep] sets the foundation for every aspect of our being”.

Kirsten explains that there are 80 medically recognised sleep disorders — so rather than attempt to produce a ‘one hit wonder’, she produced three formulas: one to help those having trouble switching off from busy lives; another that feeds the nervous system and sleep pathways (“everything that’s known to interrupt sleep”); and a Daytime Revive product for people low on energy during the Daytime. Kirsten says you can always spot the people suffering from poor sleep — they’re the grumpy, impatient ones blasting their car horns!

Word about the effectiveness of SleepDrops spread — clients told their friends, who told their friends. In the beginning Kirsten was up ’till the wee small hours in her garage to meet the demand. Amazingly, in just three years SleepDrops has grown into a million dollar business, breaking records for retail growth. Kirsten’s products are now available in more than 900 stores New Zealand wide, including high-profile Health2000, who took the rare step of approaching her directly when individual store owners began fielding customer enquiries.

Around 25 percent of business comes through Internet sales, although Kirsten says they’ve been so busy building the local market that international Internet sales are far from their true potential.

“I really enjoyed my one on one time with clients and experiencing their [naturopathic] miracles, and I mean serious miracles, that happened,” she says. Somewhat surprisingly the now 40-year-old admits to not knowing anything  about naturopathy before age 25. It was her own miraculous experience with naturopathy while in ]apan suffering from kidney stones that convinced her to study this alternative to traditional medicine.

Kirsten has had a lot of financial support from friends and family to grow SleepDrops. “They were amazingly supportive,  and hopeful — even though they were probably thinking ‘gee I hope she does  this’!”

“When I went into retail and had massive orders coming in, my parents went in to bat for me again; Dad’s retirement fund is invested in the company. I have a lot of responsibility on my shoulders!”

She says the fact that they let her get on with running the company, and never look over her shoulder, is credit to them and their belief in her abilities.

These days sales momentum is being helped along by marketing coups, such as the story on TV’s 60 Minutes, and FDA approval, which will open up the US market (and, interestingly,  Thailand).

SleepDrops is already selling in Hong Kong and  Singapore;  both South Korea and Canada are looking promising;  but Australia’s  on hold, as that would require disclosing her exact formulations.

With this being just the second year of retail sales and too percent growth each year for the past three years,  plus additional  products in the pipeline, the company’s value (and investor interest) has increased dramatically in recent times.

With such rapid growth inevitably there are challenges — managing cashflow being the major one. A lack of money makes it hard to outsource expertise, and can hold companies back.

Managing stock is another challenge — Kirsten says the response from the 6o Minutes programme pretty much cleaned out her stocks and with production geared to lead times, things got tricky.

She has also been operating out of her home, but recently signed her first commercial lease. Managing growth, it’s fair to say, is her single greatest challenge. “Trying not to grow too fast, so we don’t combust internally!

“Being an entrepreneur is not for the faint-hearted,” she admits. “You’re riding a rollercoaster. In the past year I think I’ve aged five years. Imagine what I’d look like if I wasn’t getting a good night’s sleep!”

Getting a good night’s sleep is Kirsten’s desire for everyone — and it’s a compelling cause. A quarter of the population is diagnosed with sleep disorders; up to 47 percent at any one time have trouble going to sleep, staying asleep, or both. In the US, at 46 percent, it has been declared an epidemic.

It all bodes well for SleepDrops — the task ahead is huge, but then so are the rewards. Kirsten has a wealth of miraculous stories. “Like the 80-year-old woman who hadn’t slept properly for 60 years, ringing us in tears after four nights on the SleepDrops range because she’d just slept for seven hours straight. She could not remember the last time she’d done that.”

For now Kirsten is totally focused on “helping people sleep” and refuses to get sidetracked. “The biggest lesson from all this for me is that business is personal. I’ll only do business with people I like — life’s too short not to.”

Her vision is for SleepDrops to be the world’s leading brand for holistic sleep and stress support products.

“So, my son says, every time a person yawns, someone else will say    ’SleepDrops’!”